Why innovation depends on diverse perspectives

The eight-year-old version of me wanted to be a teacher or a scientist. The ultimate dream would have been a science teacher.

I realise now that my career aspirations were largely inspired by what I knew.

Dad and I spent the weekend examining frog spawn and occasionally dismembered lifeless rodents with his vintage dissection kit. Slightly morbid I know. He started working life as a marine biologist and was thrilled that one of his four daughters might follow in his footsteps. My mum was a teacher and as an eight-year-old I obviously spent a lot of time in school.

As far as the world of work was concerned, these were the only options I had a real understanding of. And I’m not alone. A Facebook study revealed children’s career dreams are largely determined by their parents’ choices.

The influence of my parents and those closest to me did not stop there. My choice of music was inspired by my sisters and school subjects mirrored my peers. It was simple. The diversity of my ideas and world view was dependent on the people around me. 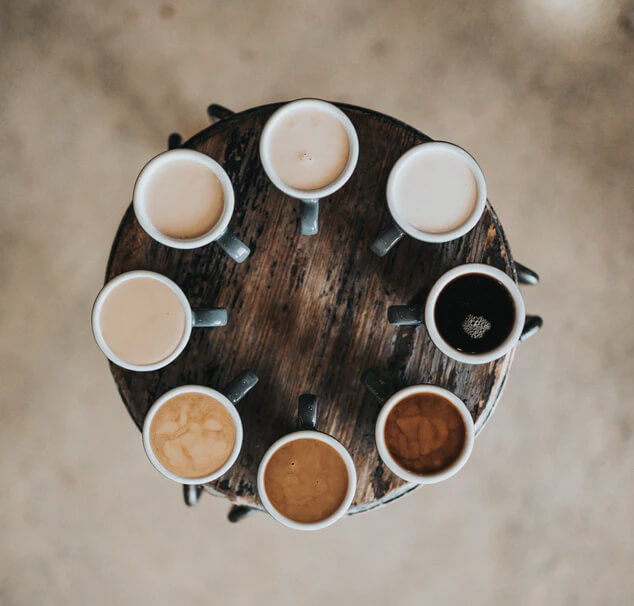 My first real look at life beyond the UK suburbs came with my first job as cabin crew for Gulf Air. Based out of Bahrain, we mainly shuttled construction workers between Asia and the Middle East. Flights spent teaching at least one person how to use a western toilet and days down-route in Dhaka played a big role in reshaping my view of the world. Furthermore, these novel, diverse experiences were rocket-fuel for the variety, quantity and quality of my ideas.

Science spotted this correlation too. Research by Kaufman and Gregoire revealed that experience variety is the number one predictor of creative achievement in both the arts and sciences. Creativity craves variety and the more experiences you have, the better your ideas.

This has huge implications for innovation in business.

An organisation’s ability to generate diverse and quality ideas is dependent on the diverse experiences, backgrounds and perspectives of their workforce.

If everyone in the room thinks the same way, they are likely to have the same ideas. It’s no wonder that the trend for open innovation is gathering speed, with global communities like The Sense Network leveraging the collective talents of individuals from every continent to solve tough social challenges.

Diversity is not about meeting quotas and it is not as simple as race, gender, social background or age. It’s about recognising the value of filling a petri dish with an eclectic mix of experiences to supercharge innovation.

As discussed in our first post in this series, Jeanne Liedtka is a huge advocate for the power of projects when teaching and learning design thinking. She believes, as do I, that it’s not enough View »

In this series, we look at the four biggest obstacles to making design thinking pay off, and show you how to overcome them.

Culture is king: How to move innovation online

I’ve had the privilege of working alongside fantastic organizations around the world as they’ve moved their innovation projects, processes and teams online since the pandemic started. This has been a fascinating journey to witness…