Mistakes are a big part of the creative process. Or at least they should be. If you’re conspiring to take risks, push boundaries and challenge assumptions, you’ve got to allow for a few slip ups. In fact you should embrace them. Fear of failure is kryptonite to innovation and time after time we witness creative thinking being stifled by risk aversion. However, there’s a huge opportunity for those willing to challenge the status quo and make friends with failure.

Engineer Sir. James Dyson counts error as one of his most valuable tools for success. The British inventor spent 15 years building 5,126 versions of his first Dual Cyclone vacuum cleaner before it hit stores in 1993. And he’s still iterating, constantly pushing for greater efficiency, superior materials and speedier motors. His cleaning empire is now valued in the multi-billions and Dyson himself owns more British soil than the Queen. 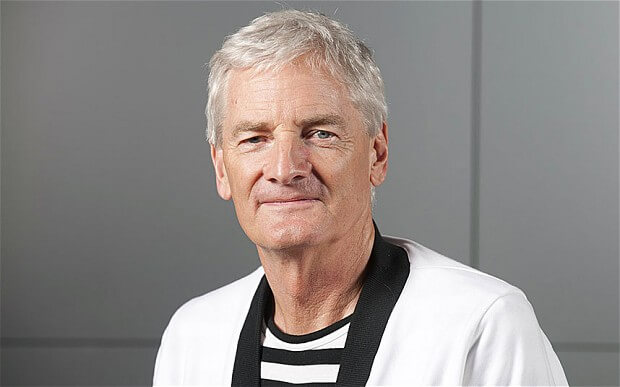 Dyson gets a kick out of mistakes, seeing them as problems to be solved. He’s a big advocate of normalising error and considers agile thinkers, who occasionally back the wrong horse, more employable than a highly polished CV. He carefully crafts an environment conducive to risk taking by removing criticism and cynicism, while encouraging the curious and persistent to pursue design through trial-and-improvement. Every slip is a step closer to a solution, and he’s not the only big hitter to see it this way. The renowned creator Edison famously said, “I have not failed. I’ve just found 10,000 ways that won’t work.” These 10,000 deviations led to 1,093 patents including the mimeograph, phonograph, ticker tape, storage battery, carbon transmitter and one half of the light bulb.

Creative thinkers see their office as a laboratory, a safe space to experiment and make mistakes. The Beatles applied this philosophy, constantly diving into unexplored musical territory to reinvent their sound. Paul McCartney explained, ‘We would say, “Try it. Just try it for us. If it sounds crappy, OK, we’ll lose it. But it might just sound good.” We were always pushing ahead: louder, further, longer, more, different.’ They blended genres and were the first rock band to use feedback, Indian sounds and a string quartet. A readiness to take risks and be the experiment, helped establish the band as a global cultural force.

Gavin Wheeldon, CEO of Purple, the intelligent platform for physical spaces, is another firm advocate of learning through failure. His first business folded when over-enthusiastic, rapid expansion meant he couldn’t keep up with salary cheques. Wheeldon skilled up on financial strategy and analysed his mistakes before launching his second start-up, which made all the difference to success.

Creative thinking is all about solving problems, fixing the unfixable and building things to make other things work better. Mistakes are an inevitable part of this process and it turns out they’re big business too.

As discussed in our first post in this series, Jeanne Liedtka is a huge advocate for the power of projects when teaching and learning design thinking. She believes, as do I, that it’s not enough View »

You learn something new everyday when running a business. That’s one of the many reasons I love it. Our ten year anniversary here at Treehouse technically happened in 2020. But, as you might expect, we View »

No pain, no gain: Why design is hard, and shallow learning won’t cut it

In our first post from our 6-part ‘Design thinkers can change the world – Conversations with Jeanne Liedtka’ series, we share what Jeanne had to say about how to create learning experiences that make people View »