Accelerated strategy design with the leadership team at Metro 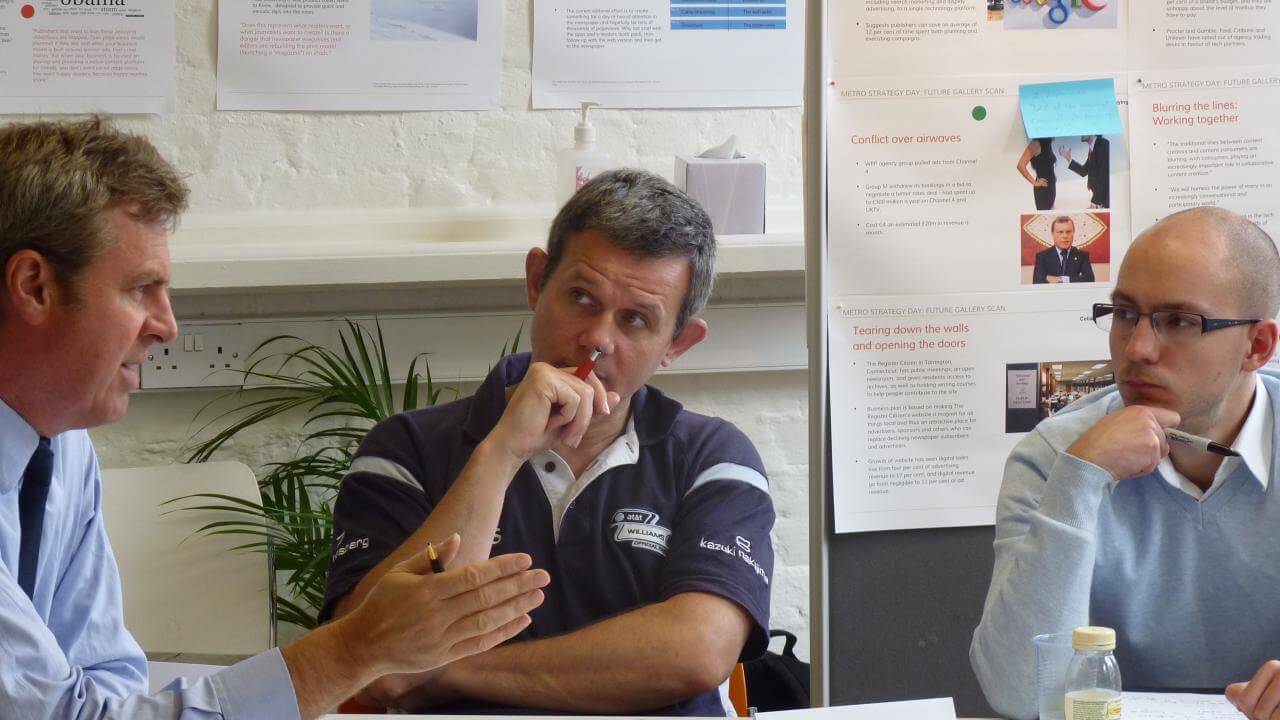 The leadership team at Metro, the world’s most-read free paper, wanted to explore new ways of creating value for its urbanite readership in a rapidly evolving media landscape, in order to shape its strategy for the coming 18 months.

Following the event, Chief Editor Kenny Campbell said: “We have had a lot of strategy and innovation sessions in the past, but this has been by far the best we’ve ever done.”

In partnership with the Møller Centre team at Cambridge University, we convened a group of leaders at Metro including the managing director, chief editor, commercial director, heads of marketing, finance and digital among others to participate in a two-day Accelerated Design Workshop. The goal of the event was to create an 18-month strategy that addressed both how the group would effectively manage the core business as well as pursue longer term growth ambitions in non-traditional spaces.

Prior to the event, our team worked with the MD to define the desired outcomes, and conducted a set of interviews with leaders of each function to identify key issues, required data, and to establish the direction of pre-event research. In addition, a series of smaller workshops were run with groups of high-potential members of the staff to gain a comprehensive understanding of the context and to solicit their perspective as input to the Accelerated Design Workshop.

The group was committed to walking away from the event with a clear set of priorities and a defined set of actions to take forward over the coming year. Elements of our approach included:

By the close of the session, project teams had been created to develop 18-month work plans including individual actions, timelines and accountability for a set of eight transformative projects that the team would continue to work on following the event.