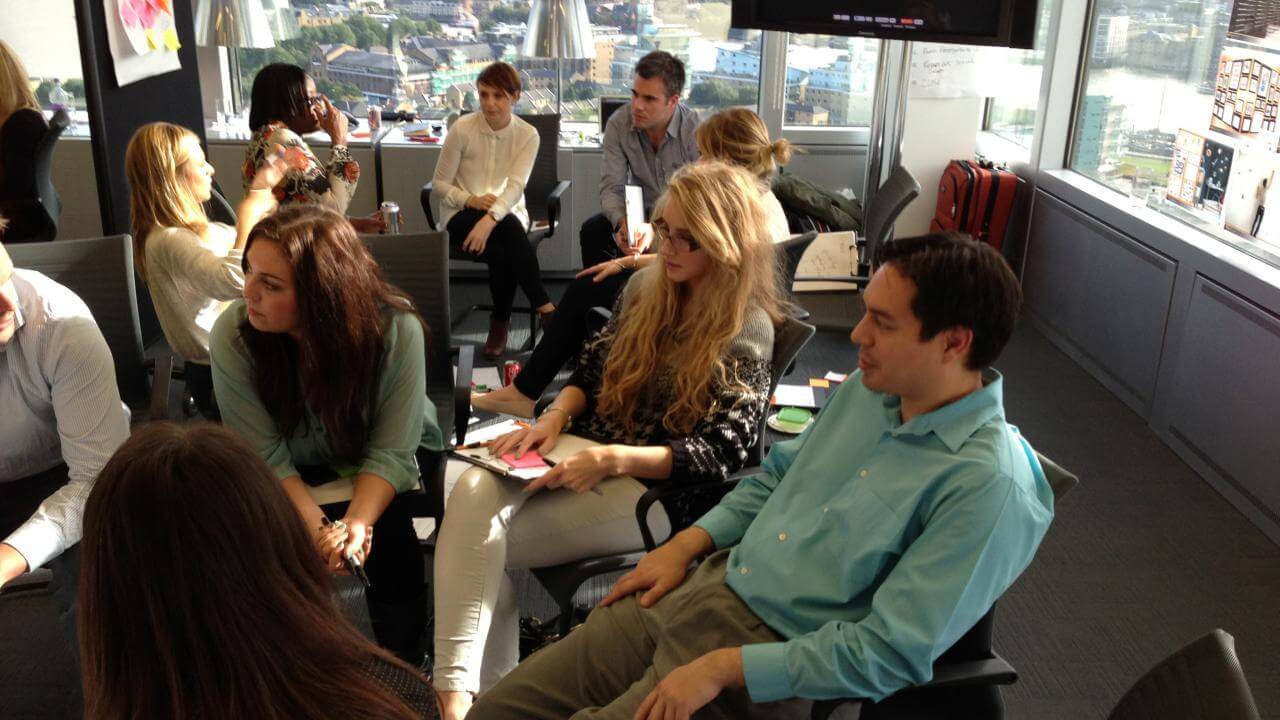 News UK (home of The Times, Sunday Times, The Sun and other high profile news brands) wanted to reimagine how physical space in its London offices might be used to reinforce company values and encourage collaboration and creativity.

Working closely with News UK’s Head of Transformational Change and her team, we set out to understand how current spaces were used, what really mattered to the people using those spaces, and where potential unmet needs might be. We were also interested in exploring how these spaces could be used to reinforce several ongoing change initiatives.

Several key need areas emerged early: people needed more private spaces to have impromptu discussions, wall space should be functional as well as stimulating, and people were generally looking for new ways to share and collaborate on ideas. Next, we designed and facilitated two short design thinking based workshops for around 40 members of staff to quickly generate a host of new ideas. These ideas were stimulated by a set of “How Might We” questions that were collaboratively framed to focus the groups’ creative efforts on those aspects of the design that would have the greatest value and impact.

Using graphic visualisation, the initial ideas were captured by a graphic artist from our team during the session, and then brought back to the studio to be developed into a set of visual prototypes. These prototypes underwent a series of tests and iterations until we landed on two designs that would be implemented. The initial two spaces were built, and they quickly became focal points for collaboration and creativity, with employees adding content to the space regularly.

The success of the initiative is largely due to the fact that the users of the space were both consulted and involved in the codesign process.

Several months on, the News UK Head of Change had the following to say about the event: “Treehouse ran deep-dive focus groups and listened to the views of our staff at all levels, facilitated agreement between sometimes diametrically opposed views of stakeholders, and kept delivering and finessing their designs, based on our feedback. The final result – two great collaborative spaces in our Wapping offices are the focal point for everybody who comes in for meetings or client presentations, as well as a visual reminder to staff of our strategy and approach to innovation.”